A VIOLATION OF INTERNATIONAL LAW

The lying propaganda of the Belgians during WW I was similar to that done by the Poles in WW II.  Whenever you see people representing themselves as "professional victims", you had better take a good, hard look to see why such people are making themselves come across that way.  Could they have some actions of their own to hide?  For instance, a good circumstantial case can be made that the Belgians took such pains to harp on supposed German atrocities at the start of WW I in order to deflect attention away from their own atrocities in the African Congo.  Belgium certainly had a reason to be hypersensitive about the Congo, since by annexing it in 1906 they had effectively abrogated their ballyhooed "neutrality".  See The Neutrality of Belgium on this site.

This book is quite difficult to find.  It provides probably the only logical explanation of the German "atrocities" at Liège, Louvain, etc.  Quite simply, the populace became partisans (franc-tireurs = "free-shooters") and took lethal action against German troops.  This is contrary to international law, and must to a great extent explain the so-called "atrocious" behavior of the Germans who took limited reprisals in accordance with international law. 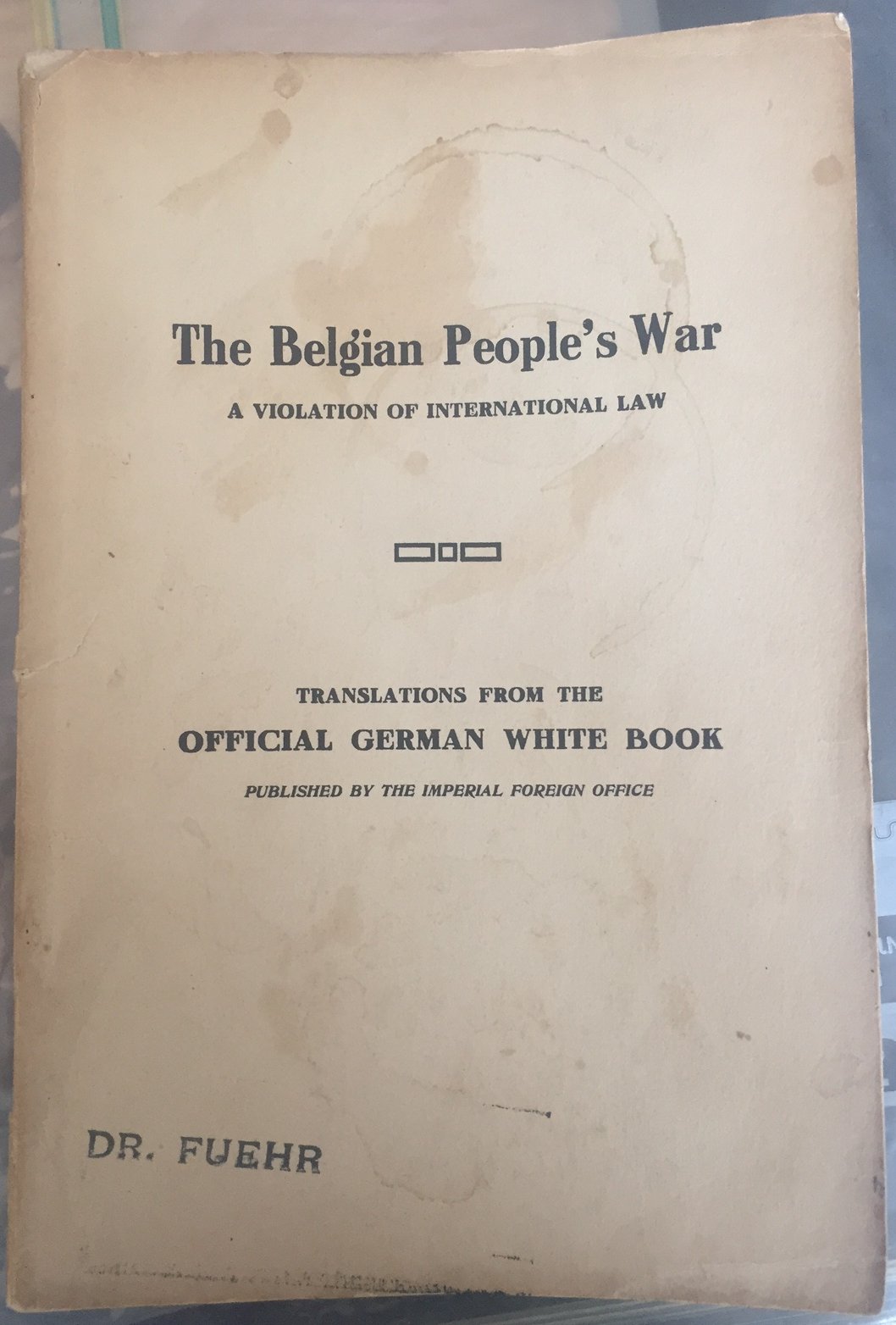 All files are 115k or less, except where noted.  Thanks to C.W. Porter for the hardcopy.

3.  The revolt of the Belgian population at Aerschot (summary report with annexes)

4.  The revolt of the Belgian population at Andenne (summary report with annexes)

5.  Fight of the Belgian people at Dinant (summary report with annexes)

6.  The revolt of the Belgian people at Louvain (200k) (summary report with annexes)

See also the Birinyi page for more WW I material.

Also read up on the Bryce and Creel lie-factory committees.

Also see extracts from Spaight's War Rights On Land (1911) re. the French town of Bazeilles during the Franco-Prussian War, 1870.  Up to WW I, the English recognized well the right of retaliation against partisans, even if the army doing the retaliation was German.  Oh how did times change!

"Hypocrisy is the homage that vice pays to virtue."  -- La Rochefoucauld

[As an example of falsehood during wartime:] There is deliberate exaggeration, such, for instance, as the reports of the destruction of Louvain: "The intellectual metropolis of the Low Countries since the fifteenth century is now no more than a heap of ashes" (Press Bureau, August 29, 1914), "Louvain has ceased to exist" (The Times, August 29, 1914). As a matter of fact, it was estimated that about an eighth of the town had suffered.
-- From intro. to Falsehood in Wartime: Propaganda Lies of the First World War by Arthur Ponsonby M.P. First published 1928 by George Allen and Unwin. Re-published by the Institute for Historical Review, 1991. 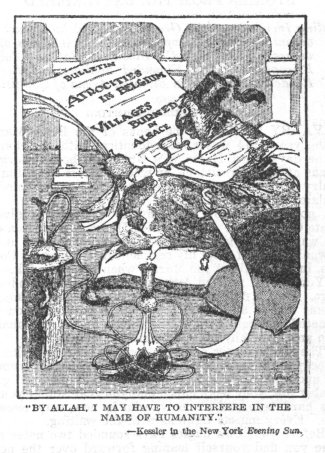