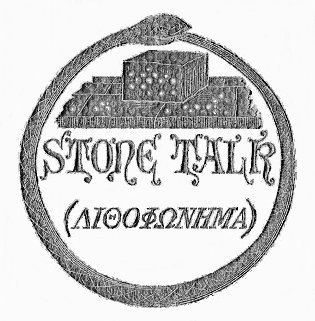 Being Some of the Marvellous Sayings of a Petral Portion of Fleet Street, London, to One Doctor Polyglott, Ph.D.,

This is Burton's pseudonymous foray into satire.  He lampoons the British Empire, Victorian morals and, deliciously, the phony "abolitionists" of his day.  They were the "wild-ass liberals" of the time that we later saw re-animated as "civil rights activists" in the 1960s.  Burton had an instinctive animosity toward such types.

This book by Burton is rare, having had an original printing of only 200 copies.  It is known that Lady Burton "bought up and destroyed a large number of the copies"; see Penzer, p. 77.  One reprint is known:  No. 24 of Occasional Papers, Reprint Series (San Francisco: California State Library, 1940).  Casada (1990), p. 52 claims that this edition is "widely available in the U.S.A.", but I have yet to see a copy for sale on the Web.

The "old friend" referred to in the Dedication was James Hain Friswell.  Burton also used the pseudonym "F. B." for his The Kasidah.

Complete text with all footnotes, sidenotes and line numbers, prepared from facsimiles of an 1865 printed copy.  I give whole-hearted thanks to Mr. Richard Leveson for providing the facsimile images.  I have arbitrarily split the main text into 3 parts for easier handling.  Each part is around 240kB in size.  The Errata is the sheet included before p. 1 and after the Dedication:

Part 3. (pp. 80-121)
An explanation needed since the page numbers are not preserved in this digitization:  The last footnote in Part 3, "Omitted in page 75", refers to the footnote below line 2272 in Part 2.  This footnote is shown as being initialed "L. B."  This is not a mistake -- it appeared as such in the original.

NOTE:  Significant corrections were made to the above files on 3/24/07.

This PDF is of the whole book and incorporates the Errata.