Slaves and Masters . . . Perfect Together

Old ghosts from the halcyon days of anti-communism 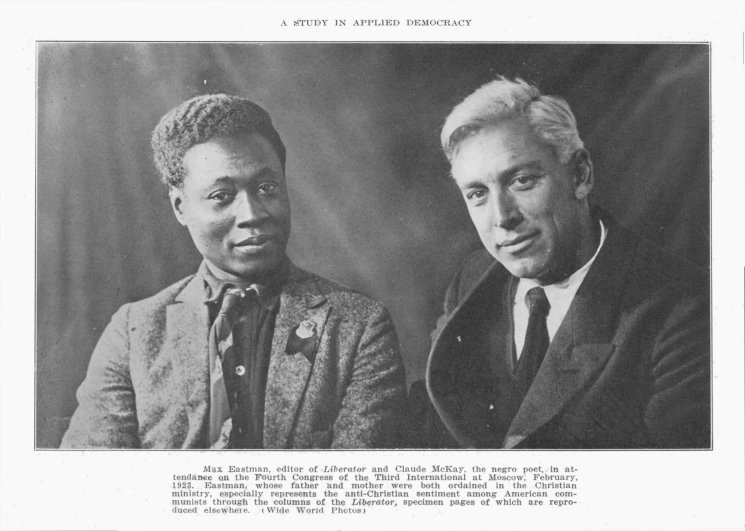 A STUDY IN APPLIED DEMOCRACY

A full generation before the Army-McCarthy hearings, the Jewish-Communist connection and the infiltration of communist ideology into every aspect of American culture -- government, media, academia -- had already been fully documented and exposed!  Yet the Media still portrays McCarthy's investigations as some sort of queer aberration he pursued to enhance his career, with no real evidence (Remember "Have you no sense of decency at long last?", uttered by that "Army" actor-lawyer Joe Welch?  The System didn't hate McCarthy because he was wrong and unpopular, but because he was right and popular).  The evidence was plain and for everyone to see, 30 years earlier (see background toward bottom). 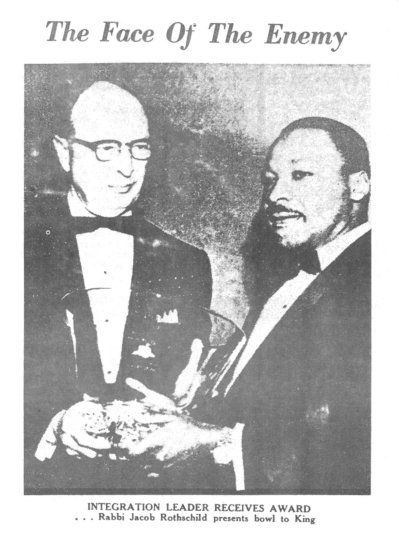 Compare with the above.  Look similar?
King had as Jewish money-source and handler, the communist Stan Levison.

For a well-researched article expounding further on MLK, see "Why the Martin Luther King, Jr. Holiday Should Be Repealed."  (240k DOC)

Another great resource is http://www.martinlutherking.org. 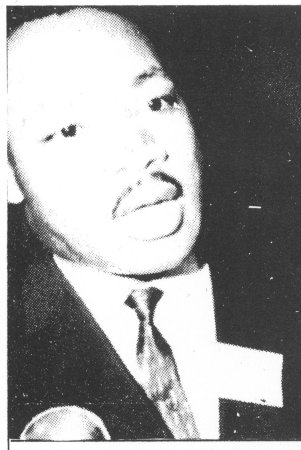 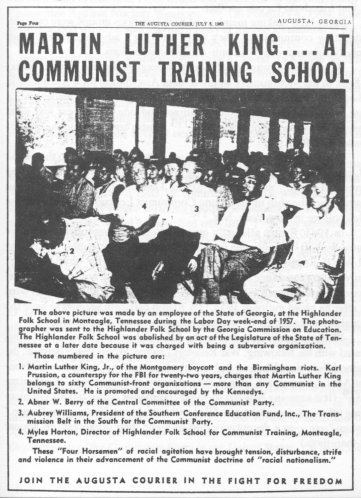 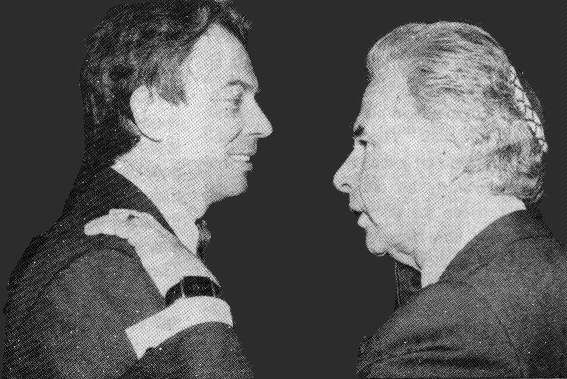 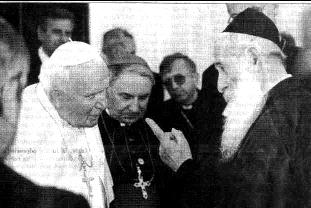 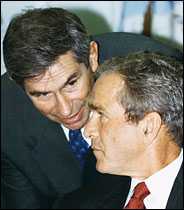 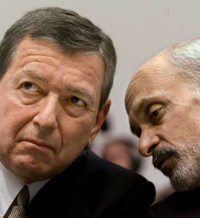 Added material for your consideration:

What follows are chapters from R. M. Whitney's Reds in America.  Both in full text, link to DOC files:

Ch. 7, THE AMERICAN CIVIL LIBERTIES UNION.  (51k)  Info on a very young ACLU, info the folks there now desperately hope was permanently shoved down the Memory Hole.  But, alas . . .

*** COMPLETE TEXT OF REDS IN AMERICA, off-site.  On the site, go to the "Communism" category for a PDF.

Also, from p. 44 (facing):  Joseph Pogány, the Red Napoleon.  (220k).  Facsimile scan.  With a beautiful two-tone portrait showing the full depth of humanity of the subject.

A short note on the Jewish Century from FAEM.com.

To give some background, I offer the start of Ch. 1, "The Raid at Bridgman".  Lots of this should sound oddly familiar to students of 20th Century subversive movements.  We have these influences still operating in the Western World now; in fact, they are practically all-powerful.  Betch-ya didn't know that when Aunt Tillie was giving her nickels and dimes to "all the poor, starving people in Russia" back then, she was actually helping communist subversion in Russia and right here in the good old USA!  Will anyone admit it now?  Red portions are my own emphasis:

THE RAID AT BRIDGMAN

The most colossal conspiracy against the United States in its history was unearthed at Bridgman, Michigan, August 22, 1922, when the secret Convention of the Communist party of America was raided by the Michigan Constabulary, aided by county and Federal officials. Two barrels full of documentary proof of the conspiracy were seized and are in possession of the authorities. Names, records, checks from prominent people in this country, instructions from Moscow, speeches, theses, questionnaires -- indeed, the whole machinery of the underground organization, the avowed aim of which is the overthrow of the United States Government, was found in such shape as to condemn every participant in the convention.

It is now known and can be made public to what extent this movement, inspired from Moscow and directed by Lenin and Trotsky, has grown since the first seeds were sown a few years ago. The seriousness of the menace may now be measured for the first time. The ramifications of the organization are now known. It can be stated with authority that the Workers' party of America is a branch of this organization, placed in the field by orders direct from Moscow and supported by the illegal branches of the Communist party. It is known that agents of the Communists are working secretly, through "legal" bodies, in labor circles, in society, in professional groups, in the Army and Navy, in Congress, in the schools and colleges of the country, in banks and business concerns, among the farmers, in the motion picture industry --in fact, in nearly every walk of life.

These agents are not "lowbrows," but are keen, clever, intelligent, educated men and women. They are experts in their several lines. Their programs, which are now known, show that their plans for inciting the negroes, the farmers, the clerks, the workmen in industry, members of Congress, employees in Government departments everywhere, to violence against the constituted authorities, have been drawn with almost uncanny appreciation of the psychology of each group, with facts and figures so manipulated as to appeal to those approached, with false premises so cleverly drawn as to fool almost anyone.

The names of persons interested directly or indirectly in this movement are astounding. They range from bricklayers to bishops, and include many prominent official and society people. It must be understood that by far the greater number of these people do not know to what they are lending the use of their names and influence or to what they are giving their money. They have been approached to give aid to the Workers' party, or to the many relief organizations which have sprung up disguising Communistic activities, or to the forward-looking, "advanced" schools of political thought. They do not know that their names are on what are known in the secret circles of the Communists as "sucker lists" comprising the names of people who have given to one or another of the various "causes" which are manipulated by the Communists and who can, if properly approached, be induced to give again.

These are not idle words. The plans and programs of the Communists contain the proofs. But for the length of the documents they might all be printed in full. They are worth the study of all true Americans, for by suggestion and innuendo, they are designed to bring about the moral annexation of the United States to Russia, and by direct words they show that Lenin and Trotsky with their precious group in Moscow, control the secret as well as the open work of the Communists of America in all its ramifications. The coal and railroad strikes of 1922 are striking examples of the opportunities afforded the Communists for making and abetting disorder. For the Communists thrive on disorder. Trouble is a rallying cry for them. They deliberately "plant" their agents in labor unions for the purpose of inspiring disorder. Their creed is to make capital out of strikes, riots, and every other form of popular unrest. Their plans for the coal and railroad strikes, which were so extensive a feature of 1922, were laid in 1921. Their sympathizers attend church meetings for the purpose of presenting arguments to weaken the faith of members of the church. They preach free love, the nationalization of women and children, and openly proclaim that the breaking up of the home ties is an advance in civilization. 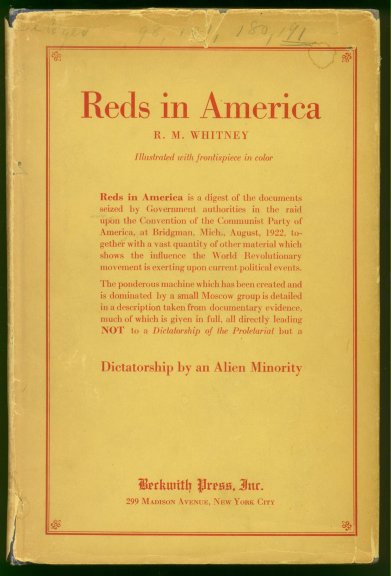 This material was part of the early wave of anti-communist action:  "Wake up the people; defend the Constitution; defend Christianity".  Originally thought to have great promise, it became apparent that these techniques would not stop the relentless destruction of our culture.  Anti-communists like Whitney were essentially "conservative" -- inherently defensive in their tactics -- and thus doomed to failure.  Dr. Oliver handled this well in his filmed talk "After Fifty Years":  "In war and in politics, defensive tactics always fail against a determined and persistent enemy.  If you think there are exceptions, think them over".

Presented here for whatever historical value such information may still possess -- just so people know -- yes, these things did happen, and are not just figments of someone's imagination.

The Jewish leadership decided long ago that they would destroy our race, risking all in their attempt. Their infiltration of our societies is part of this attack. They are not innocent businessmen or enlightened social theorists: that is only what they pretend to be. The direction and pattern of their behavior over time has our destruction as their obvious goal, and they have revealed their true intentions time after time in their own words. I'll give you one example of many that are known to me. In 1912, Israel Cohen, a Communist Jew agitating in England, wrote: "We must realize that our Party's most powerful weapon is racial tension. By propounding into the consciousness of the dark races that for centuries they have been oppressed by the whites, we can mould them to the program of the Communist Party. In America, we will aim for subtle victory. While inflaming the Negro minority against the whites, we will instill into the whites a guilt complex for their exploitation of the Negroes. We will aid the Negroes to rise to prominence in every walk of life, in the professions and in the world of sports and entertainment. With this prestige, the Negro will be able to intermarry with the whites and begin a process which will deliver America into our hands."  -- Congressman Abernathy, quoted in The Congressional Record -- House, p. 8559, 1957.

The quotation by Israel Cohen may have "originated" (literally) with Eustace Mullins, who claimed to have gotten it from "someone else", but is still offered here as it is apparently part of the Congressional Record.  Unfortunately, just because the congressman believed it to be genuine does not make it so.  The book referred to was supposed to be "A Racial Programme for the 20th Century", a book which seems rather hard to find.  -- JR

UPDATE, OCT. 28, 2007:  Myron Fagan has expounded a bit more on the source.  See The Statement of Myron Fagan as to Israel Cohen's ethereal A Racial Programme for the 20th Century.  In short: Fagan states that Cohen told him he was writing a book by that title as an update to Zangwill's play "The Melting Pot", and excerpts were published in the Washington, D.C. Evening Star.

Dr. Albert Schweitzer, who spent most of his life in Africa "uplifting" Negroes, received the Nobel Prize for Peace in 1952.  He held several doctorate degrees.  Shortly before his death, he said:

"I have given my life to alleviate the sufferings of Africa.  There is something that all white men that have lived here must learn and know; that these individuals are a sub-race; they have neither the intellectual, mental or emotional abilities to equate or share in any of the functions of our civilization.  I have given my life to try and bring them the advantages which our civilization must offer, but I have become well aware that we must retain this status; white, the superior, and they the inferior, for whenever a white man seeks to live among them as their equal, they will either destroy him or devour him, and they will destroy all his work; and so for any existing relationship or for any benefit to this people let white men from anywhere in the world who would come to help Africa remember that you must continually retain the status; you the master, and they inferior, like children that you would help or teach.  Never fraternize with them as equals, never accept them as your social equals, or they will devour you; they will destroy you."

[This tallies well with the views of Sir Richard F. Burton, also someone who was in Africa for extended periods of time!  See my Gelele/Dahome page.  -- JR]