EXPLORER -- RACIALIST -- MAN OF THE WEST

". . . in order to combat a great and growing evil deadly to the birth-rate -- the main­stay of national prosperity -- the first requisite is careful study." 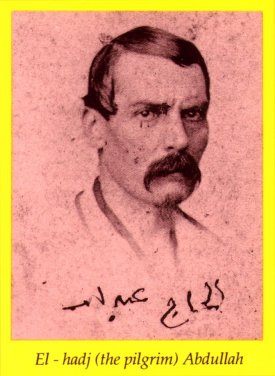 There are numerous sites on the Web devoted to Burton, as well as many easily accessible books detailing his life and accomplishments -- there's no point in repeating such things here, beyond a few facts to jar the reader's memory -- he was captain in the Bombay Army; co-discoverer of the source of the White Nile with John Hanning Speke; British consul on the island of Fernando Po off the coast of Equatorial Guinea; at Damascus, Syria; at Trieste, Austria-Hungary and at Santos, Brazil. He was one of the most important linguists of his day, giving a well-received direct-from-Arabic English translation of the Arabian Nights in 16 volumes; original translator of the Kama Sutra; expert swordsman; knighthood (1886) and a hundred other accomplishments, truly a 19th-Century Western Man in the best sense of the term.  But then the 20th-Century came along, with its Stalinist "PC" cleansing of old works of history, which attempted to obliterate what I present here.

There's another side, the suppressed, expurgated and censored side, that needs to be brought into the light.  The following essays or chapters have been suppressed for various reasons -- Victorian prudishness and political reasons predominantly.

The political censorship was largely in deference to the Jews, who had been recently "emancipated" from their "civil disabilities" in England, and had launched full-bore into their destruction of White society in Britain while Burton was still quite young.  This destruction proceeded along the same lines as in other countries -- "lawyers" to pervert the legal system, "professors" to get into positions of academia, then spend the rest of their lives in safe, cozy chambers re-writing the history books to distort the White Man's sense of himself, "doctors" to promote abortion and circumcision, etc. etc.  As he grew older, wiser and more knowledgeable, he saw their destructive influence and tried to do what little he could to warn others.  Hence The Jew, an important and utterly suppressed book, unfortunately minus the "Appendix" (see farther below) that would have blown the lid off the issue of Jewish Ritual Murder and the Jews' connivance to kill all information related to it up to that time.

The remaining political censorship started with Burton's investigations into homosexual and eunuch brothels in Karachi.  Apparently this wounded the sensibilities of the noble, chaste British Empire at the time.  This was the death knell to his military career (he left as Captain).  His investigation into Ritual Murder at Damascus much later had a chilling effect on his civil career.  Burton was ever the iconoclast, always on the run,  propelling his wander-lust and urge for exploration.

Burton rocked the Establishment, being against organized religion and the stuffiness of Victorian life.  But his taking-on of the Jews was the last straw which made him marked for ultimate destruction.  Five months before his planned retirement, when he made it very clear he intended to publish The Jew with details of the cult of ritual murder he uncovered and documented during his consulship in Damascus, he died (1890, age 69).  This MS. has a long and convoluted history.

HISTORICAL INFORMATION AND A RECONSTRUCTED T.O.C. OF THE FULL MS. CONTENTS OF THE JEW IS AT THE Jew/Gypsy/El Islam PAGE (see link below).

In Mission to Gelele, King of Dahome, chapter entitled "Of 'The Negro's Place in Nature'", Burton made it clear that most negrophiles thought as they did due to simple ignorance; considering what has transpired since, his comments were quite trenchant.  For instance, it is commonly observed today that most racial consciousness among Whites is generated in places that have the greatest amount of race-mixing, since they see blacks the way they really are; Whites who live entirely amongst their own kind are naïve and seem to think that blacks, Jews and mestizos are just wonderful.  This is created and reinforced by the media, which bridges the distance gap through technological means.  The Whites in White areas see the version on the TV screen only, not the real thing.  Black slavery had been prohibited throughout the British Empire in 1834, but luckily, the expression of true sensibilities about blacks was still socially acceptable in Burton's day, so in his works we get the unadulterated truth about them -- specious commentary by the liberal press to the contrary notwithstanding. 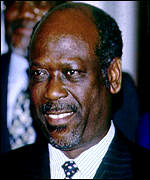 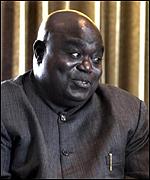 Eastern Sexology exposes the outrageous sexual practices of the East.  Unknown to most Whites, in parts of the Semitic lands including the Levant, the natives are "addicted to sodomy".  To this day, many Christian Cabbalists (mainstream Churchianity) worship the East as the source of all civilization -- they need to read this!  In all fairness, the Roman and Greek varieties are also mentioned.  Burton rationalizes this by saying, "Amongst the wiser ancients sinning contra naturam was not marrying and begetting children."  This is indeed the greatest sin, but there are others.  Those places had become saturated with Eastern influences.  Taken from the uncensored Arabian Nights.

"The Sioux or Dakotahs" from The City of the Saints was a good survey of this subject.  Burton, an Englishman with no particular axe to grind regarding anything American,  saw nothing noble in the American Indian.  The grand qualities attributed to them today are saccharine-sweet confections made up by Whites, mostly early starry-eyed Christian missionaries out to spread the "gospel", at any (and I mean any) cost.

The remaining entries are various tid-bits that I may add from time to time as resources allow.

The Jew, the Gypsy and El Islam -- the whole thing as published in 1898; every word, dot and comma, with information on the original manuscript.  Includes an engraved version of the Lord Leighton portrait shown below, right.

Mission to Gelele, King of Dahome -- Extracts:  Suppressed chapters -- "Of 'The Negro's Place in Nature'" and two other chapters + censored appendices + pics.

The City of the Saints -- Extract:  "The Sioux or Dakotahs" -- the hidden word on the murderous, raping, burning Sioux.  With a short comparison to Twain's "The Noble Red Man".

Etruscan Bologna: A Study -- One short chapter which exposits on the races of Europe.  Yes, the Kelts and Aryans were there first; later Sarmatians (proto-Slavs) and Huns were Mongoloid invaders.  From 1876.

Stone Talk -- The entire rare work by Burton under the pseudonym "Frank Baker".  An anti-Victorian era satire told in blank verse.  From 1865.

The Book of the Sword -- One chapter related to "barbarian" swords from the Germans and Kelts.  Burton clearly differentiated between "barbarians" and "savages", as it was understood by the experts at the time.  Learn about your heritage.  From 1884.

A Complete System of Bayonet Exercise -- Described by Penzer (Annot. Bibliog., p. 42) as "probably the rarest of all Burton's books".  I have departed a bit from the original look of some pages due to the great amount of additional time it would have taken to reproduce it; see an example of an original page HERE.  Credit is given to Mr. Patri J. Pugliese for a copy prepared from microfilm.

Burton's Preface and Introduction to the Hakluyt Society (1874) edition of Hans Staden (they call him "Hans Stade").  Footnotes here.  Much info about Portugal, Brazil and Brazilian "Indians". 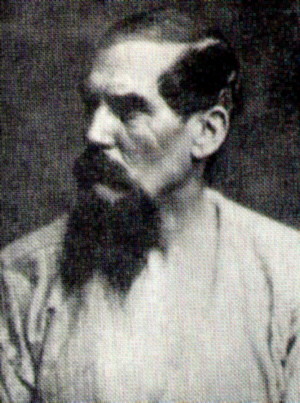 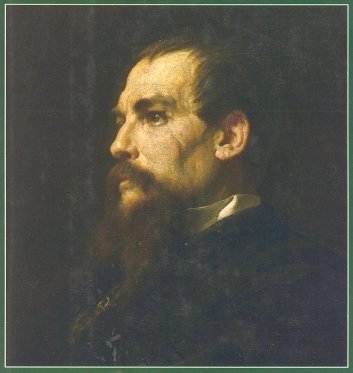 Related link:  http://www.pinc.com/home/rowena/srfb.html --  Great over-view of his life and accomplishments, but strictly "PC".  Includes many useful links, and a Q/A message board.

Another link:  http://www.isidore-of-seville.com/burton/ --  Similar to the above.

Also see:  http://www.wollamshram.ca/1001/index.htm (JC Byers) --  Has many Burton texts.  Represents a great amount of time scanning, transcribing and editing from numerous contributors.  Now has the complete 16-volume Arabian Nights -- an amazing effort.  Even tho' he killed his link to my Jew, Gypsy, El Islam page, I'll still be a good guy and link to him.

Rarities; tomb:  http://burton.richardleveson.com/.  One of the items inside Burton's tomb has disappeared!

Info on Mountains of the Moon, a neglected 1990 epic about the Burton & Speke expedition to find the source of the Nile in Central Africa:  http://us.imdb.com/Title?0100196.  Warning: this movie depicts the savagery of Negroes accurately, but took a bow to PC-ness by portraying Burton as thinking that the Negroes were an "ancient culture" that we need to "learn from".  Sheesh!  In fact, Burton's attitude toward Negroes was very similar to Speke's, tho' Burton was certainly more academically inclined.  See Gelele above; also, The Lake Regions of Central Africa.

A large collection of Burton and Lady Burton books on PDF.  Amazing:  http://www.burtoniana.org/.

"And, with Burton, the style was the man.  No one could meet him without being convinced of his transparent sincerity.  He concealed nothing; he boasted of nothing.  Such as circumstances had made him, he bore himself towards all the world: a man of his hands from his youth, a philosopher in his old age; a good hater, but none the less a staunch friend."

The above was taken from Norman M. Penzer, An Annotated Bibliography of Sir Richard Francis Burton K.C.M.G., 1923, p. 16, giving the views of J. S. Cotton.  How would Sir Richard have fared today, with "hate crime" laws, lapdog media and cowed academe?  Would he be considered great now?