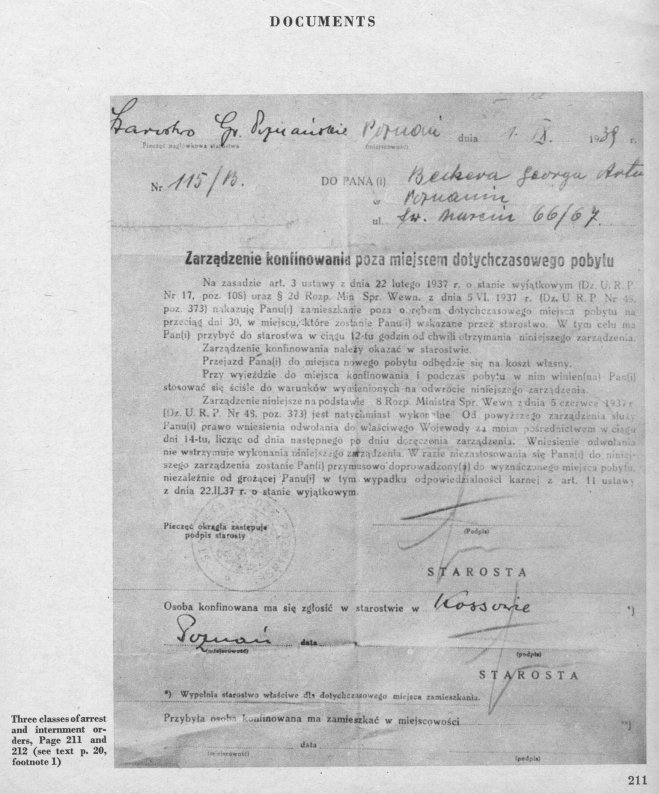 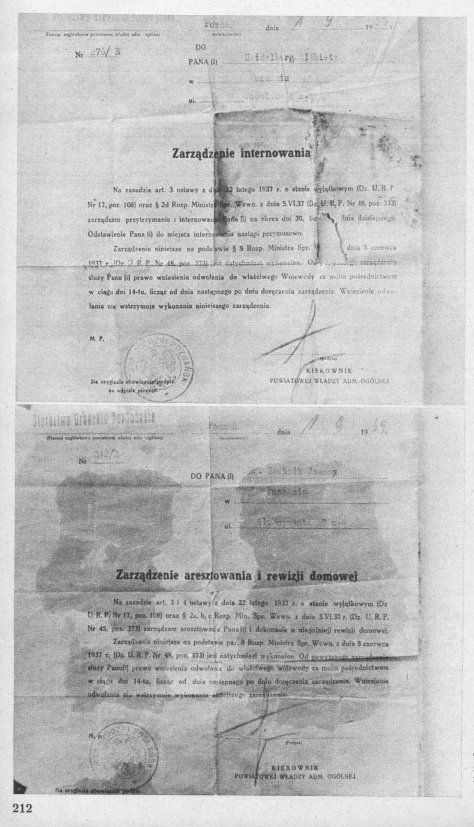 The original of the Internment Order for Fräulein Bochnik of Posen, who was murdered in Bierzwienna-Krotka on September 11, 1939

On Sept. 2, 1939, the minority German Eugen Hofmann, merchant of Bromberg, was seized and put into the womens' prison of Bromberg through the initiative of Isidor Berger, the Jewish Polish A. R. P. Commander of this area. On Sept. 4, he was released from imprisonment and a certificate of discharge, as shown by photostatic print herein, was handed to him.

The same discharge certificate was received by all minority Germans released at the same time as Hofmann. Of these, all with the exception of Hofmann were murdered on Sept. 4.

The curious certificate of discharge, of which the translated text is as follows: "Hofmann, Eugen, of this town discharged today in accordance with the decree of the President of the Republic. Bromberg, Sept 4, 1939. Seal: Police arrest L. dz. 4/9/1939. Two illegible signatures," represents, according to previous findings, an order to the Polish authorities to kill the bearer of such a discharge certificate. Hofmann escaped the death destined for him only by the fact that he went to his relations in Bromberg and stayed there until the entry of the German troops, without his unforseen presence there being discovered. 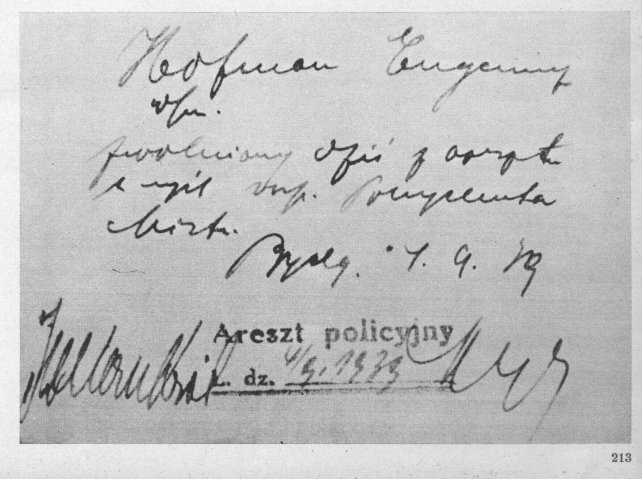 Minority German, holder of a military passport, destined to be shot

On Monday Sept. 4, 1939 at 8.30 a. m. 4 Polish soldiers appeared in the home of Robert Kunde in Bromberg, 23, Wierbathstr. who, following a fruitless search for arms, made entries in the military passports of Kunde and his sons Richard and Wilhelm, marked the passport holders as "Suspects" A note was made on other pages of the military passports to the effect that the bearers were to be shot. The male members of the Kunde family, together with other minority Germans who had been herded together, were handed over to other members of the Polish military by the soldiers who had carried out the search, were driven into a wood where they were to be shot. Richard Kunde, together with another minority German from Bromberg, Grüning, was able to escape, whereas his father was later on found murdered.

The entries made in the passports of Richard and his father, which were found on the body, are intact, with the exception of the entries that the bearers were to be shot. Richard Kunde, in fear, tore out the further entry in his military passport and buried it in the wood. The buried page was found again and is now being examined at the Criminal Police Headquarters of the Reich. 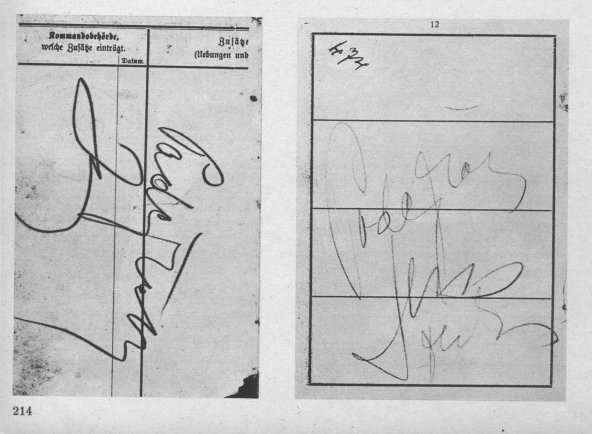