Against the German Minority in Poland

Edited and published by order of the Foreign Office,

"Poland wants war with Germany and Germany will not be able to avoid it even if she wants to." (Polish Marshal Rydz-Smigly as reported in the Daily Mail, August 6th, 1939) * 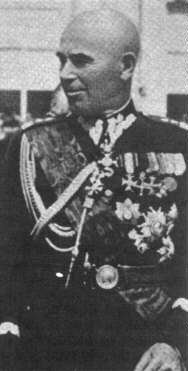 The historical record, as represented by the German government at the time, on Bromberg "Bloody Sunday" and related incidents -- 58,000 claimed dead or missing by Feb 1940. **  The German invasion was Sep 1939, but it's important to understand that many of the outrages had preceded the German invasion.  This was proved by the amount of decomposition of the bodies.  Thus, these atrocities cannot be excused simply as reprisals for the German invasion (which would be wrong anyway).  They included 19 year-old girls with their faces smashed, amputations, disembowelments, shot thru' the eye, death-trauma births, you name it.  Poles had been merrily slaughtering anything or anybody German since at least as early as April 1939, with smaller incidents stretching back to the close of WW I  -- you haven't been told that by the Mass Media, or the fact that these atrocities were one of the main causes for the German invasion of Poland, something that was meant by the Germans to be a local solution to a local problem.  Germany had already done the "right thing" by protesting in writing to the League of Nations literally dozens of times.  The League of Nations did nothing, yet the problem had to be solved.  [Photo at left:  Polski marshal Rydz-Smigly, burdened with the weight of numerous medals.  As soon as his army started to lose, this bragging Polish "warrior" ran away to Romania,  leaving his troops in a lurch!  Yet to this day, no opprobrium is cast his way by the establishment media.  Why not?]

Subsequent to the German invasion, Britain declared war on Germany, yet after the Soviet Union invaded the eastern Polish territory only a few weeks later, Britain neglected to declare war on the Soviet Union.  Why not, if the integrity of Poland's borders was so important?  Inquiring minds want to know.  After using these incidents as obvious pretext (the real purpose being to take down Germany as an economic rival and arch anti-NWO force), Britain then began bombing the Ruhr Valley the day after Churchill took office (May 10, 1940), specifically targeting civilian areas in addition to industrial and military targets.  The rest is history --  a shameful and gut-wrenching one.

On Bromberg Bloody Sunday, thousands of ethnic Germans were slaughtered like pigs in an alley because the majority "poles" (the "slavic", non-Teutonic types, really Turco-Ugaric, Hunnic, Tartar and Mongoloid residue from the old "Dark Age" invasions) knew they could do so with total impunity.  Marshal Pilsudski had died, and Britain's leaders had made unconditional guarantees to Poland as a pretense to ensure maximum political tensions in Eastern Europe to serve the interests of Soviet Russia.  Poles in official capacity were openly laying claim to ancient German territory, were engaging in the crudest pea-brained saber-rattling, had engaged in border violations and boasted of marching thru' the gates of Berlin in 3 weeks (or days, depending on which buzzing brain was indulging in the fantasy).  Poland had even stolen a chunk of "Czechoslovak" territory (Teschen) in March 1939.

* There has been some questioning of the authenticity of this quotation. Some allege it has been fabricated. However, even if so, there were many Polish officials who said much the same thing during this critical time period. I quote below a section from C.W. Porter's "Letter 13" which gives a summary:

After 6 years of planning pre-emptive war against Germany (beginning in 1933); after repeatedly threatening to declare war on Germany (24, 25, and 28 March 1939; 5 May and 25 August 1939); after issuing detailed military attack plans for an invasion of Germany (24 March 1939); after repeatedly assuring everyone who would listen that they could defeat the Germans with or without foreign assistance (for example, General Gluchowski, 26 March 1939, Marshal Rydz-Smigly, 17 July 1939, Ambassador Lukasiewicz, 15 August 1939; Ambassador Jozef Lipski, 31 August 1939); after being the first to mobilize, both fully (334,000 men on 23 March 1939) and partially (21 reserve divisions on 23 August 1939); after being the first to commence hostilities, firing on German passenger boats and aircraft (24, 25, 26 and 31 August 1939) [SEE NOTE BELOW], the entire Polish air force was destroyed during the first 36 hours of the war!

NOTE: The Poles also blew up a bridge over the Weichsel, the eastern end of which was on German territory, at Dirschau, on 31 August 1939; personally I consider this a legitimate defensive action; but the Poles cannot simultaneously complain of a German "surprise attack". The point is that they were prepared for it and provoked it.

** WHAT ABOUT THE NUMBERS?  Are these numbers exaggerated?  Probably, but not by much, certainly nowhere near as much as the way Poles and Jews exaggerate their numbers of dead.  These historical facts were confirmed by the East-German historian Theodor Bierschenk in 1954, and the Social-Democrat journalist Otto Heike in 1955, on the basis of Polish documents.  There were 12,857 identified dead in the Bromberg area, leaving a large number of unidentified dead there, and many more dead elsewhere.  Both Hoggan (The Forced War) and de Zayas (Wehrmacht War Crimes Bureau) basically agree with these conclusions.

David Hoggan's The Forced War in a PDF (2 MB)

Few today weep for these innocent people.  No Tom Brokaw pursing his lips over photos of them with a concerned expression, like he had just gulped a bushel of lemons.  No Charles Kurrault telling folksy anecdotes about them, ending with "no, dear ones, we will not forget".  No Richard D. Haffner, Ph.D. furrowing his professorial brow about them on his PBS talking head program.  Nope, you'll see no paeans to these forgotten victims in our controlled, sycophantic media.

These files will help to set the historical record straight by providing some balance.  If you want the "official" version, just turn on your TV set, or go to a major bookstore.  It's all there.

"The [NATO] bombing war also violates and shreds the basic provisions of the United Nations Charter and other conventions and treaties; the attack on Yugoslavia constitutes the most brazen international aggression since the Nazis attacked Poland to prevent 'Polish atrocities' [his quotation marks] against Germans", said Walter J. Rockler, former prosecutor to the Nuremberg war crimes trials, in a letter to the Chicago Tribune, May 10, 1999.  Walter needed to pull up a chair and take a deeper look at the evidence, without prosecutorial malice or prejudice.  Rockler's wonderful perspicacity regarding the illegal bombing of Yugoslavia did not extend to similar revelations he may have had about Germany.  An OBIT (click) identified Walt as "the son of Russian immigrant parents".  This is usually a telling phrase...

So look now at material you will have a tough time finding in your local library, or anywhere else for that matter . . . 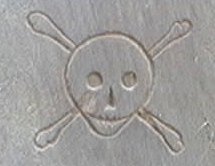 All in full text.  Complete with all graphics.  Absolutely nothing has been expurgated.  -- JR, 9 June 2001

Sections IV and V are 172 pages of supporting documentation -- summaries and extracts from affidavits (nearly all text).

b)      Personal accounts of survivors of the various concentration marches

All captions when transcribed are taken verbatim from the book.

Sections VI (b) and (c) are quite graphic and are NOT FOR CHILDREN.

Section VII items are actual coroner's inquest photos, as such are extremely graphic and disturbing, and are thus NOT FOR CHILDREN, nor for anyone easily disturbed by images of violence and death.  Please take notice -- this isn't Sunday school, people, it's the real thing.

d)     Announcements of dead and missing

e)     Notices and other proofs

"No Germans had any weapons because for years conditions had rendered this impossible. It was sufficient to find a child's percussion-cap pistol to justify a murder".  (p. 22)

"I was in the World War from 1917 to 1919. I saw many things there and underwent very much suffering. Never before have I seen faces so distorted with fury or bestial expression, as in this sudden attack on my defenceless family. They had certainly ceased to be human beings."  (Testimony of Paul Zembol, p. 123)

"Laws that forbid the carrying of arms. . . disarm only those who are neither inclined nor determined to commit crimes. . . Such laws make things worse for the assaulted and better for the assailants; they serve rather to encourage than to prevent homicides, for an unarmed man may be attacked with greater confidence than an armed man."

MORAL OF THIS STORY:

KEEP YOUR HANDS ON YOUR WEAPONS, WHITE MAN!

WHEN YOU ARE DISARMED, YOU CAN BE MIS-GOVERNED WITH TOTAL IMPUNITY.  "LAWS", YOU SAY?  THEY'RE ONLY WHAT SOME JUDGE SAYS THEY ARE.

You are also invited to look at the phony photos presented at "Documentary Photographs Proving the National Socialist Persecution of the Jews?" and compare them with the above material.  Also see, at the top of that article, the link to the full book, Dissecting the Holocaust.

It would be appropriate to read or re-read The Image of the Germans in Polish Literature at this time.  That essay neatly ties together many of the concepts presented in Section III of Polish Atrocities. 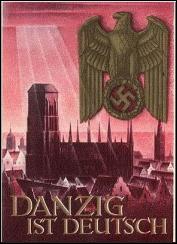 For Hitler's public view on the events of this time period, see the text of his speech given at the Langer Market in Danzig, Sept. 19, 1939.

The prerequisite for successful action is the courage and the will to be truthful.  -- Adolf Hitler

A note on "propaganda".

"I do not even shrink from a statement that is not going to make me popular in Germany: if the Germans destabilize Europe anew, in some way or other, then partition is no longer what will have to be resorted to, but rather that country will have to be erased from the map, pure and simple. East and West have at their disposal the advanced technology necessary to carry this verdict out."  -- Lech Walesa, Polish Prime Minister and 1983 Nobel Peace Prize laureate, as quoted from an interview published April 7, 1990 in the Dutch weekly Elsevier, p. 45.  Walesa was/is widely described by the press as a "human rights advocate".  { Source. } or { Source. }

[Other examples of noble Nobels:

"Menachem Wolfovich Begin, an outstanding and upright member of the Israeli tribe, won the Nobel Peace Prize in 1978. He blew up the King David Hotel killing hundreds of people. He bombed a few other places killing many more. The British had a reward on his head of about $45,000. Cheap Brits!

"Nelson Rolihlahla Mandela, an outstanding and upright member of the Tempu tribe, won the Nobel Peace Prize in 1993. His specialty was blowing up crowded railway stations which killed hundreds and hundreds of women and children. He also was the inventor of the "necklacing" technique, probably using Firestone tires."

Source:  F.A.E.M., 13 June 2001.  It is evident that to win this prize, it doesn't hurt one's case if one is prone to violence and is a fraud, hypocrite and liar.  Of course, these people didn't award the prizes to themselves; the prizes were awarded to them by the Nobel Committee which must bear primary responsibility.  It's just that it's funny that the conditions stated above don't appear to result in an automatic rejection of consideration for the Nobel Peace Prize.]

"The Partition of Palestine is illegal. It will never be recognized .... Jerusalem was and will forever be our (the Jews') capital. Eretz Israel (the whole of Palestine) will be restored to the people of Israel. All of it. And forever."  -- the day after the U.N. vote to partition Palestine.

"The Palestinians would be crushed like grasshoppers ... heads smashed against the boulders and walls."
(in a speech to Jewish settlers - New York Times 1 April 1988)

"[The Palestinians are] beasts walking on two legs." Menachem Begin, speech to the Knesset, quoted in Amnon Kapeliouk, "Begin and the 'Beasts'", New Statesman, 25 June 1982.  Oh well, at that time, the prize was already safe in his hands! 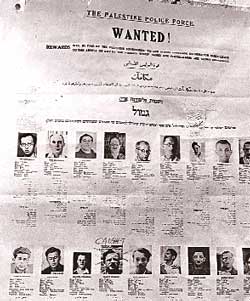 Begin was the first one listed, upper left!